Then They Came For Me

A Story of Injustice and Survival in Iran's Most Notorious Prison

Maziar Bahari left London in June 2009 to cover Iran’s contested presidential elections for Newsweek magazine. He thought he’d be returning in just a few days to Paola, his pregnant fiancée. Instead, he was incarcerated under false charges of espionage in Iran’s most notorious prison. His release came four months later, only after a global campaign supported by Hillary Clinton.

While suffering regular beatings, forced confessions, and threats of execution, Bahari draws strength from the experiences of his family in the past: his father was imprisoned by the shah in the 1950s, and his sister by Ayatollah Khomeini in the 1980s. Exposing the contradictions at the heart of Ahmadinejad’s paranoid regime, this inspiring and often witty story of one family’s courage in the face of repression is also a beautifully written portrait of modern Iran.

“Then They Came for Me is a unique achievement. It is a story not just of political cruelty (a subject Bahari treats movingly), but also about the two poles of Iranian political culture, bent together in upheaval.”

“I really connected to Maziar’s story. It’s a personal story but one with universal appeal about what it means to be free.”

“Then They Came for Me is the story of those who fight to inform and enlighten their society. Fortunately, Iran is not only a country of Ahmadinejads and mullahs; the country is also blessed with plenty of Maziar Baharis.”—

"This harrowing memoir provides an illuminating glimpse into the security apparatus of one of the world’s most repressive countries. Especially timely given recent events throughout the Middle East, this book is recommended for anyone wishing to better understand the workings of a police state."

“A beautifully written account of life in Iran, filled with insights not only into the power struggles and political machinations but into the personal, emotional lives of the people living in that complicated country. Maziar Bahari is a brave man and a wonderful storyteller.”

"What makes Bahari’s account so readable is not only his sense of fair play – he tries to understand the motivations of the regime, and of his torturer – but also his keen sense of fun and humour."

"A profound, yet intimate insight into modern day Iran, told through Bahari's own and his family's experience of living through it. A wonderful book."

Offers an alarming window into the minds of those who rule Iran today... Readers will come away from this intimate, authoritative book with a fuller understanding of Iran, why its green uprising petered out, and why no one should be surprised if it kicks off again.

London-based, Iranian-Canadian journalist and filmmaker Maziar Bahari was reporting for Newsweek magazine when he was arrested without charge during the 2009 Iranian Election Protests. He was held for 118 days until the Iranian state was forced by international pressure to release him. In absentia Bahari has been sentenced to 13 and a half years in prison, and 74 lashes. 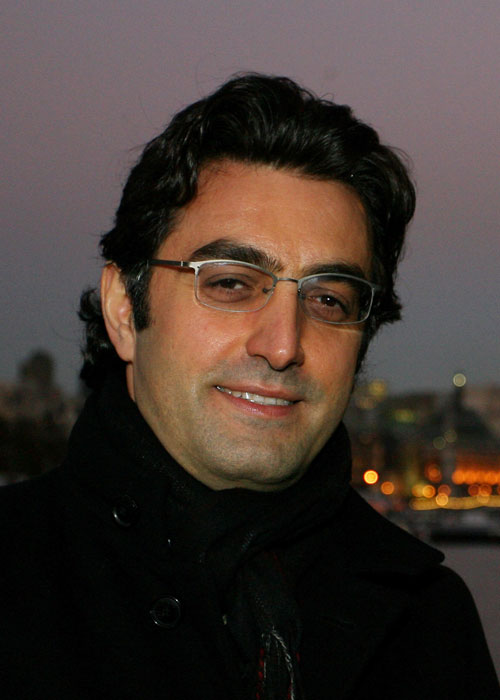