The Rise of Modern Despotism in Iran

How did the Shah of Iran become a modern despot?

In 1953, Iranian monarch Mohammad-Reza Shah Pahlavi emerged victorious from a power struggle with his prime minister, Mohammad Mosaddeq, thanks to a coup masterminded by Britain and the United States. Mosaddeq believed the Shah should reign not rule, but the Shah was determined that no one would make him a mere symbol.

In this meticulous political history, Ali Rahnema details Iran’s slow transition from constitutional to despotic monarchy. He examines the tug of war between the Shah, his political opposition, a nation in search of greater liberty, and successive US administrations with their changing priorities. He shows how the Shah gradually assumed control over the legislature, the judiciary, the executive, and the media, and clamped down on his opponents’ activities.

By 1968, the Shah’s turn to despotism was complete. The consequences would be far-reaching.

‘A brilliant history of late Pahlavi Iran and the fatal entanglements of the shah, the opposition and the United States.’
Stephanie Cronin, Elahé Omidyar Mir-Djalali Research Fellow, University of Oxford

Ali Rahnema is Professor of Economics at the American University of Paris. He is the author of An Islamic Utopian: A Political Biography of Ali Shari‘ati, Behind the 1953 Coup in Iran. Most recently, Oneworld has published Call to Arms: Iran’s Marxist Revolutionaries and The Rise of Modern Despotism in Iran: The Shah, the Opposition, and the US, 1953–1968. 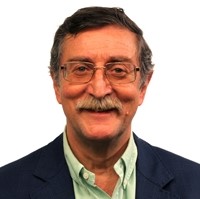