An American Tragedy in Britain’s Most Terrifying Prison

The War of 1812 – the last time Britain and America went to war with each other.

British redcoats torch the White House and six thousand American sailors languish in the world’s largest prisoner-of-war camp, Dartmoor. A myriad of races and backgrounds, with some prisoners as young as thirteen.

Known as the ‘hated cage’, Dartmoor wasn’t a place you’d expect to be full of life and invention. Yet prisoners taught each other foreign languages and science, put on plays and staged boxing matches. In daring efforts to escape they lived every prison-break cliché – how to hide the tunnel entrances, what to do with the earth…

Drawing on meticulous research, The Hated Cage documents the extraordinary communities these men built within the prison – and the terrible massacre that destroyed these worlds.

‘This is history as it ought to be – gripping, dynamic, vividly written’ Marcus Rediker

‘Beguiling… Guyatt’s real triumph is the reconstruction of Dartmoor Prison itself. In building this claustrophobic world of violence, friendship, hope and horror, he creates a sense of place not far removed from the looming malevolence of Manderley.’

‘Easily the most comprehensive study to date (and probably for quite a long while)… a vivid reconstruction of the experiences of the men who endured Dartmoor, as well as the hundreds who did not survive… a compelling story of human indifference, cruelty and endurance.’

‘The Dartmoor Massacre provides the dramatic climax of Nicholas Guyatt’s The Hated Cage, a compelling and compassionate study of the largest overseas contingent of American POWs before World War II… a vivid and convincing reconstruction.’

‘This is history as it ought to be – gripping, dynamic, vividly written, and altogether brilliant in its interpretation. Nicholas Guyatt has liberated a motley crew of American sailors from the double darkness of Dartmoor Prison and our own poor historical memory.’

Marcus Rediker, author of The Slave Ship: A Human History

‘A beautifully narrated tale that starts with a forgotten massacre in an English prison and opens out on to a truly epic global canvas. This book illuminates how profoundly Black history underpins the national stories of Britain and the United States – and of the world beyond.’

‘Captivating, heartbreaking and uplifting, The Hated Cage takes us on a journey to human creativity and resilience even when violence is lurking on the surface. It shows us the power of togetherness in the midst of suffocating conditions.’

‘In this brilliant book, Nick Guyatt tells the fascinating story of a long-forgotten massacre of American sailors in a British prison. While that tale on its own is gripping, The Hated Cage uses this prison drama to unlock a range of insights about life and death across the nineteenth-century Atlantic world. A must-read work.’

‘In Britain, American military cemeteries dot the landscape, none more forgotten or haunting than the one at Dartmoor, with 271 American sailors from the War of 1812. Guyatt has written a stunning, revealing history of one of the darkest and most inhumane outposts of the British empire, hidden in plain sight and historical memory in southwest England. The book is a withering tale of race and the suffering fate of seamen in the age of sail. It is also a brilliant reminder of why we do research and why we remember.’

‘In Guyatt’s truly extraordinary recovery of Americans imprisoned long ago, he has excavated a most disturbing racial as well as carceral past, one that will feel disturbingly familiar, and one that underscores on every page the imperative of finally reckoning with white supremacy if there is to be a different future.’

‘Nicholas Guyatt’s absorbing story of the early nineteenth-century Dartmoor prison “massacre” asks who was an American and could Black men, detained as British as prisoners of war, be citizens? Told by way of archival sleuthing and exacting analysis, The Hated Cage is a fascinating study of how ideas about racism and the state became fused to one another in the early American republic. It is a must-read for anyone concerned with the origins of the anti-Black thought of our own time.’

‘Mostly set in a prisoner-of-war camp located on an otherworldly English moor, Nicholas Guyatt’s The Hated Cage is history at its most beguiling. Guyatt expertly synthesizes critical maritime and prison scholarship to give us a unique window into war, repression, racial violence, and incarceration in early modern American history. Anyone interested in exploring the meaning of the American Revolution would do well to lay off its founding fathers and read Guyatt’s account of long-ignored, tellingly so, events in Dartmoor’s “Black Prison”.’

‘A gripping book that tells the forgotten account of the events that occurred in Dartmoor prison in 1815. In The Hated Cage, Guyatt masterfully centres attention on an intriguing cast of characters to document in clear detail the histories of race, violence and the struggles for survival that sit at the heart of the entangled connections between Britain and the US.’

Nicholas Guyatt is professor of American history at the University of Cambridge. The author of six books, he has written for the Guardian, Telegraph and London Review of Books and was a consultant for the acclaimed BBC Four television series Racism: A History. He lives in Cambridge with his wife and two children. 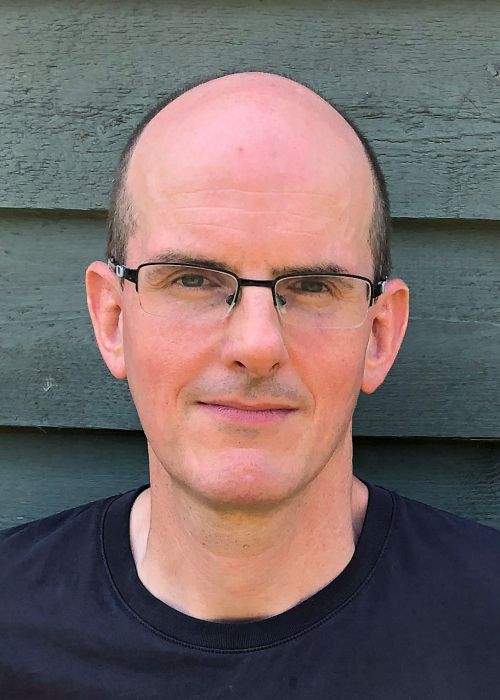