Skip to main content
Home > Books > The Comfort of Monsters

The Comfort of Monsters

‘Every sentence is a delight in this taut and thrilling debut by Willa Richards.’ Elizabeth Wetmore, author of Valentine

‘Richards has flipped the usual narrative, centring not on the crime itself but on the loss that ripples from it.’ New York Times Book Review

A remarkable debut novel for fans of Mary Gaitskill and Gillian Flynn about two sisters – one who disappears and the other who is left to pick up the pieces.

In the summer of 1991, teen Dee McBride vanished in the city of Milwaukee. It was the summer the Journal Sentinel dubbed ‘the deadliest . . . in the history of Milwaukee.’ Serial killer Jeffrey Dahmer’s heinous crimes dominated the headlines and the disappearance of one girl was easily overlooked.

2019, nearly thirty years later, Dee’s sister, Peg, is still haunted by her disappearance. Desperate to find out what happened to her, the family hire a psychic and Peg is plunged back into the past. But Peg’s hazy recollections are far from easy to interpret and digging deep into her memory raises terrifying questions. How much trust can we place in our own recollections?  How often are our memories altered by the very act of speaking them aloud?  And what does it mean to bear witness in a world where even our own stories about what happened are inherently suspect?

A heartbreaking page-turner, Willa C. Richards’ debut novel is the story of a broken family looking for answers in the face of the unknown.

‘A gruesome and gripping game of cherchez la femme... An extraordinary story.’

‘Another growing trend in crime fiction this year centered on its relationship to real-life crime… This category produced several superior efforts, above all Willa C. Richards’s debut, The Comfort of Monsters.’

‘Keep[s] us focused on the effects of crime on victims, with a fresh, persuasive, prose style.’

‘On its face, The Comfort of Monsters is a riveting page-turner that begs to be read quickly, compulsively. But page by page, this electrifying debut by Willa Richards weaves an increasingly complicated and dark tale of guilt, fury, and the danger of building stories on that shakiest of foundations, memory. Every sentence is a delight in this taut and thrilling debut by Willa Richards.’

‘Richards has flipped the usual narrative, centring not on the crime itself but on the loss that ripples from it, on the grief that can't be relieved even with the prospect of so-called “closure.”’

‘The Comfort of Monsters is shadowed by crime but cares more about consequence – it pairs the pulse-quickening pleasures of a murder mystery with a probing portrait of loss. Willa C. Richards’s unflinching debut picks apart a tangled knot of violence, shame, secrecy, lust and fearsome love. A dark, elegiac examination of sisterhood that's impossible to forget.’

‘The Comfort of Monsters casts a powerful spell with its sharp, lucid prose and its urgent, irresistible pacing. Underneath this shimmering surface, however, Willa C. Richards has crafted a profound novel of depth, complication and intelligence, exploring the inconstancy of our recollections and revealing the elusiveness of our deepest truths. This debut is both a thrill and a provocation.’

‘The details of Jeffrey Dahmer’s murder spree transfixed a terrified nation. But this novel takes a more personal look at how the serial killer altered a family.’

‘The Comfort of Monsters captivates with a cold case, and becomes an unflinching, unapologetic story of sexuality, victimhood and the dangerous pull of memory. Richards exposes the underbelly of grief, shows the heartbeat shaking that thin skin and leaves you, at novel’s end, holding something raw, fragile and essentially human. A remarkable debut.’

‘In her fiery debut novel, Willa Richards folds the electrifying zing of crime fiction into an exceptional study of character. This book begs us to consider why we blame and otherize victims of violent crimes – especially when they come from society’s margins. Potent, gritty and deeply comprehending, The Comfort of Monsters is written with a clear eye and an aching heart.’

‘Richards’s devastating debut dovetails the story of a young Milwaukee woman’s 1991 disappearance with the city’s legacy of the Jeffrey Dahmer murders... In a glut of dead girl stories and true crime vehicles, Richards pulls of a wrenching and rewarding twist on both.’

‘Richards turns tropes of crime fiction on their heads in this gripping, deftly crafted debut novel.’

Willa C. Richards is a graduate of the Iowa Writers’ Workshop where she was a Truman Capote Fellow. Her work has appeared in The Paris Review and she is the recipient of a PEN/Robert J. Dau Prize for Emerging Writers. The Comfort of Monsters is her debut novel. 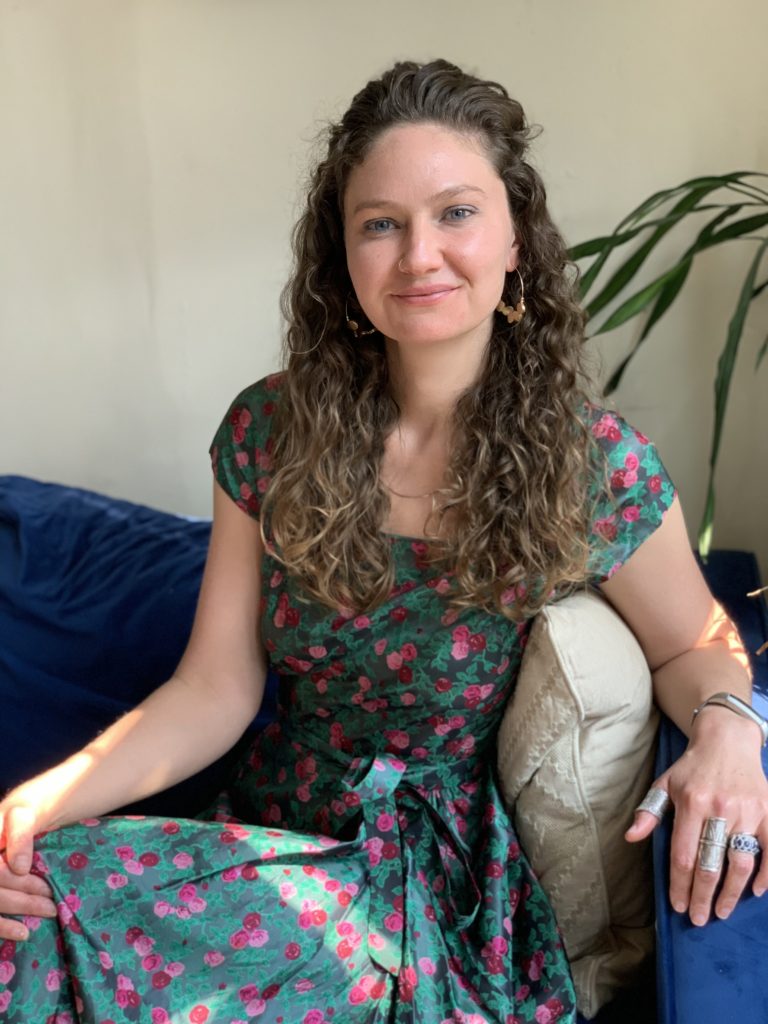