blunder/ˈblʌndə(r)/, n., A gross mistake; an error due to stupidity or carelessness.

There are a handful of cock-ups that we remember all too well, from the poll tax to the Millennium Dome. However, the list is longer than most of us realize – and it’s growing. With unrivalled political savvy and a keen sense of irony, distinguished political scientists Anthony King and Ivor Crewe open our eyes to the worst government horror stories and explain why the British political system is quite so prone to appalling mistakes. You will discover why:

• The government wasted up to £20 billion pounds in a failed scheme to update London’s Underground system.

• Tens of thousands of single mothers were left in poverty without financial support from absent fathers.

• Tony Blair committed the NHS to the biggest civilian IT project the world has ever seen, despite knowing next to nothing about computing.

• The Assets Recovery Agency cost far more to run than it ever clawed back from the proceeds of organised crime.

• The Coalition government is at least as blunder-prone as any of its predecessors.

Groupthink, constantly rotating ministers and a weak parliament all contribute to wasted billions and illogical policy. But, it doesn’t have to be this way. Informed by years of research and interviews with senior cabinet ministers and civil servants, this razor-sharp diagnosis of flawed government is required reading for every UK citizen. With its spirited prescriptions for more fool-proof policymaking, it will prove to be one of the most important political books of the decade.

‘Must be read by every incumbent and wannabe representative of the people.’

'If Britain’s politicians are among the world’s most honest, hardworking and well-meaning, why do they mess up so badly and so often? A trenchant book that will make you see red, even as you laugh.’

‘’A notable indictment of modern British politics and administration… a splendid dipping-into volume to feed fashionable public distain for the fragile art of politics.’

‘In a refreshing break from the customary finger-pointing tribalism of British politics, Anthony King and Ivor Crewe lay bare the ways in which governments of all hues have wasted mountains of cash on titanically misconceived projects in the past few decades… astonishing.’

‘This is a very apposite book and should be read by ministers, shadow ministers, parliamentarians and civil servants.'

'Compelling… David Cameron is said to have read about Winston Churchill’s early warmongering during his summer holidays. It would have been much better for all of us if he had read this.'

'Grimly entertaining… This book should be a compulsory text for every would-be minister and permanent secretary.'

'This is an astonishing achievement – that very rare thing, a genuinely original book and an immediately essential guide to the failures of British politics. King and Crewe go deep, without a shred of pomposity or a phrase of false rhetoric. From now on, every political journalist, civil servant and would-be minister needs to start here.'

Andrew Marr, Journalist and author of 'My trade: A short history of Journalism'

'This book will make you gasp in disbelief and stamp your feet in rage, and quite frequently reduce you to helpless laughter... it is hard to overpraise.'

'The closest politics gets to pornography.'

Anthony King is Millennium Professor of British Government at the University of Essex. He broadcasts frequently on politics and elections for the BBC and writes on the same subjects for the Financial Times, the Daily Mail, the Daily Telegraph and the Observer.

Sir Ivor Crewe is the former Master of University College, Oxford. He was formerly Professor of Government and Vice Chancellor at the University of Essex. 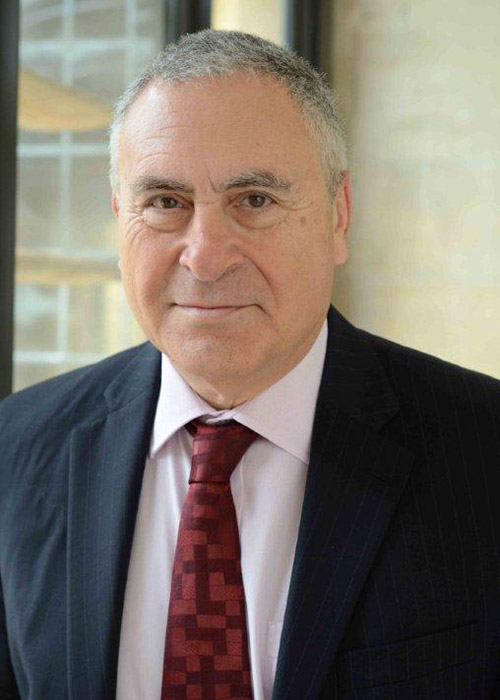