As India is rent overnight into two nations, sectarian violence explodes on both sides of the new border, with tidal waves of refugees fleeing the blood and chaos. Fighting to board the last train to Delhi, Shankar and Keshav, six-year-old Hindu twins, lose sight of their mother and plunge into the whirling human mass to find her. A young Sikh woman, Simran Kaur, flees her father, who would rather poison his daughter than see her defiled. And Ibrahim Masud, an elderly Muslim doctor driven from the town of his birth, limps towards the new Muslim state of Pakistan.

"The superb fiction debut of Amit Majmudar, "Partitions", is particularly welcome... This novel will make you angry and sad, as it should; it will also leave you with a heightened sense of sympathy and hope for the people on both sides of an arbitrary border."--"The Wall Street Journal" "Unforgettable."
--"The Boston Globe" "Heart-wrenching."--"New York Post"
"Shimmering prose... and a poignant surprise ending."--"The Seattle Times" "A dazzling narrative... Amit Majmudar's exceptional debut brilliantly captures India at its most turbulent."--"Daily Mail" (UK) "A greatly human dramatization of the persecution each religious group experienced at the hands of the others... Poignant but never maudlin."--"Booklist" (starred review) "Magnificent... Written with piercing beauty, alive with moral passion and sorrowful insight--a rueful masterpiece."--"Kirkus" (starred review)

Amit Majmudar is the winner of the 2011 Donald Justice Poetry Prize. His first poetry collection, 0, 0, was published in 2009, and a novella, Azazel, was serialized in The Kenyon Review. 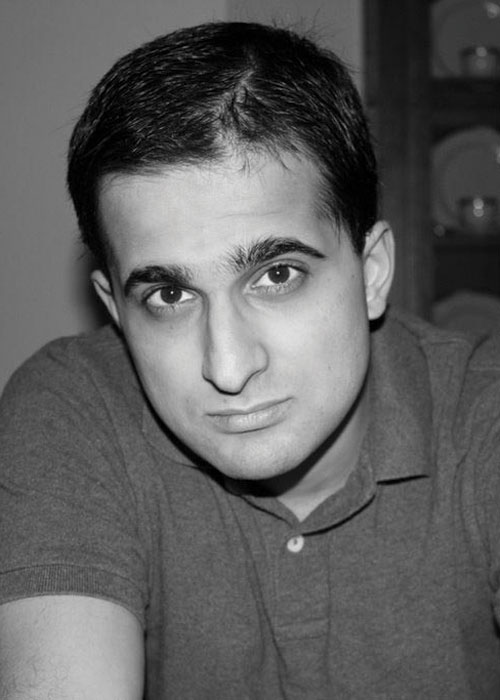