Letters to My Torturer

Love, Revolution, and Imprisonment in Iran

Houshang Asadi’s Letters to My Torturer is one of the most harrowing accounts of human suffering to emerge from Iran and is now available for the first time in paperback.

Kept in solitary confinement for over two years in an infamous Tehran prison, Asadi suffered inhuman degradations and brutal torture: suspended from the ceiling, beaten, and forced to bark like a dog, Asadi became a spy for the Russians, for the British – for anyone.

Narrowly escaping execution as the government unleashed a bloody pogrom against political prisoners, Asadi was hauled before a sham court and sentenced to fifteen years. Here he confronts his torturer, speaking for those who will never be heard, and provides a glimpse into the heart of Iran and the practice of state-sponsored justice.

A journalist, writer, and translator, Houshang Asadi was a member of both the Writers’ Association of Iran and the Iranian Journalists’ Syndicate, and the co-founder of the Association of Iranian Film Critics and Script Writers. Prior to the Islamic Revolution he served for many years as Deputy Editor at Kayhan, Iran’s largest daily newspaper, and was for 12 years the Editor-in-Chief of the country’s largest circulation film magazine, Gozaresh. He is the author of several novels, plays, and film scripts, and has translated into Persian important works by Gabriel Garcia Marquez, Mario Vargas Llosa, and T.S. Eliot. In 1983, following the Iranian government’s crackdown on all opposition parties, Asadi was arrested and sent to the infamous Moshtarek prison in Tehran. He was kept in solitary confinement for almost 2 years, during which time he was severely tortured until he falsely confessed to operating as a spy for the British and Russian intelligence agencies. His sentence was death by hanging. In the end this was reduced to 15 years imprisonment. He was freed after serving 6 years and eventually escaped Iran in 2003. He now lives in exile in Paris with his wife, where he co-founded the influential Persian-language news website Rooz Online. 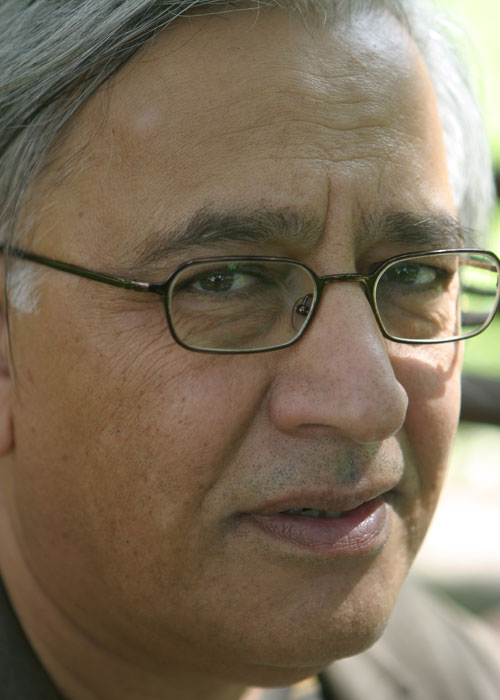