WINNER OF THE INTERNATIONAL PRIZE FOR ARABIC FICTION

From the rubble-strewn streets of US-occupied Baghdad, Hadi collects body parts from the dead, which he stitches together to form a corpse.

He claims he does it to force the government to recognise the parts as real people, and give them a proper burial.

But when the corpse goes missing, a wave of eerie murders sweeps across the city, and reports stream in of a horrendous-looking, flesh-eating monster that cannot be killed. At first it’s the guilty he attacks, but soon it’s anyone who crosses his path…

Frankenstein in Baghdad brilliantly captures the horror and black humour of a city at war.

'Saadawi leavens his satirical horror with dark humour, stitching his novel together with the same lurching vitality as his title character's monstrous body to vividly evoke his own dismembered country.'

Guardian Books of the Year

‘[A] biting satire of Iraqi life and sectarian disputes.’

‘Saadawi’s strange, violent and wickedly funny book borrows heavily from the science fiction canon, and pays back the debt with interest: it is a remarkable achievement, and one that, regrettably, is unlikely ever to lose its urgent relevancy.’

‘Frankenstein in Baghdad is complex but very readable and darkly humorous; it has well-observed characters, whose back stories reflect the wider context. The monster is a metaphor both for the physical horrors of Iraq, and for the development of groups within that chaos. The translation by Jonathan Wright is first-rate.’

‘Helped by Jonathan Wright’s elegant and witty translation, which reaches for and attains bracing pathos, Saadawi’s novel mixes a range of characters and their voices to surprising, even jolting effect...a remarkable book.’

‘A darkly delightful novel… Detective story and satire as well as gothic horror, Frankenstein in Baghdad provides a tragicomic take on a society afflicted by fear, and a parable concerning responsibility and justice.’

‘Ahmed Saadawi has wrenched a fable that puts a cherished Romantic myth to urgent new use… In their bicentenary year, Mary Shelley’s scientist and his creature will take plenty of contemporary spins. Surely, no updated journey will be more necessary than Saadawi’s… A nightmarish, but horridly hilarious, tale… Sinister, satirical, ferociously comic but oddly moving.’

‘Frankenstein in Baghdad is more than just a black comedy. It’s as much of a crossbreed as its ghoulish hero – part thriller, part horror, part social commentary... Saadawi, slickly translated by Jonathan Wright, captures the atmosphere of war-torn Baghdad with the swiftest of penstrokes, and picks out details that make the reader feel, and even taste, the aftermath of the explosions that pepper the book.’

‘Saadawi’s novel...is more than an extended metaphor for the interminable carnage in Iraq and the precarious nature of its body politic. It also intimately depicts the lives of those affected by the conflict [and] offer[s] a glimpse into the day-to-day experiences of a society fractured by bloodshed.’

‘In the 200 years since Mary Shelley wrote Frankenstein, her monster has turned up in countless variations – but few of them have been as wild or politically pointed as the monster in Ahmed Saadawi’s Frankenstein in Baghdad.’

Ahmed Saadawi is an Iraqi novelist, poet, screenwriter and documentary filmmaker. In 2010 he was selected for Beirut39, as one of the thirty-nine best Arab authors under the age of forty, and in 2014 he became the first Iraqi to win the prestigious International Prize for Arabic Fiction. This prize was awarded to Frankenstein in Baghdad, which also won Le Grand Prix de L’Imaginaire in 2017. He lives in Baghdad. 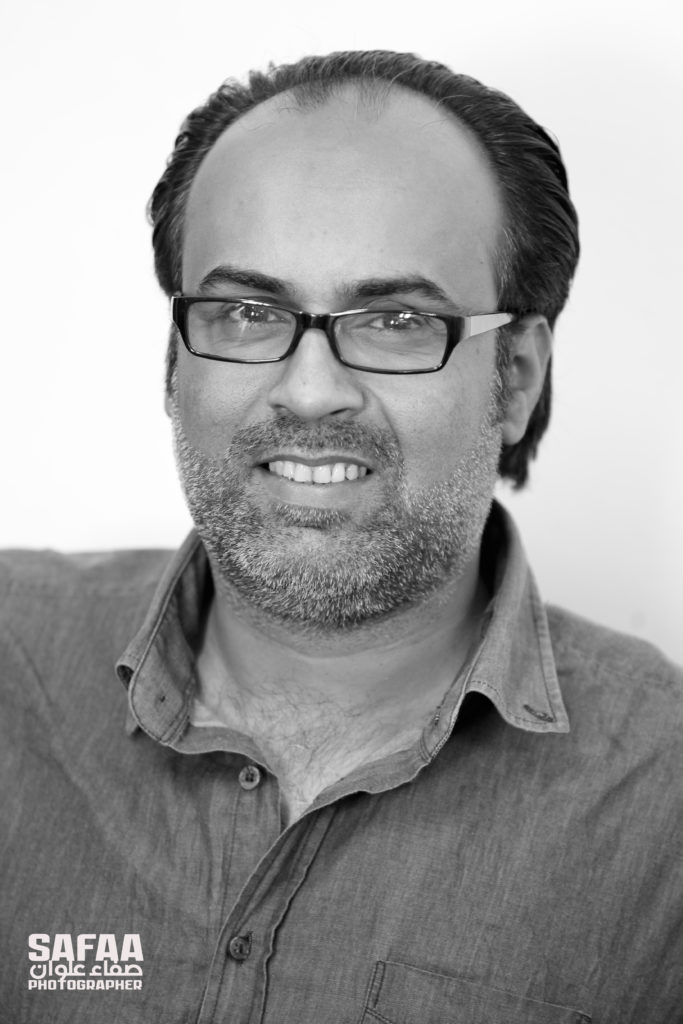