From Sun Dials to Quantum Clocks, How the Cosmos Shapes our Lives - And We Shape the Cosmos

From Stonehenge to beyond the Big Bang, an exhilarating scientific exploration of how we make time Time is the grandest conception of the universe that we humans have been able to imagine – and its most intimate, the very frame of human life. In About Time, astrophysicist and award-winning writer Adam Frank tells the scientific story of this wonderful and tyrannical invention.

A Palaeolithic farmer moved through the sun-fuelled day and star-steered night in a radically different way than the Elizabethan merchants who set their pace to the clocks newly installed in their town squares. Since then, science has swept time into increasingly minute and standardized units – the industrial efficiency of ironworks’ punch clocks; the space-age precision of atomic fountains and GPS satellites; the fifteen-minute increments of Outlook’s digital revolution. And in the past decade, string-theory branes, multiverses, and “clockless” physics have begun to overturn our ideas about how the universe began – the Big Bang – in ways that will completely rewrite time and our experience of it. Weaving cosmology with day-to-day chronicles and a down-to-earth style, About Time is both dazzling and riveting as it confronts what comes next.

"Beyond exploring mind-bending theories… Frank's book is a fascinating and comprehensive survey of how technology — from farming to railways to telegraphy to the internet — has changed our everyday concept of time… Compelling." Marcus Chown
New Scientist
“A phenomenal blend of science and cultural history.” Starred review.
Kirkus Reviews
"This will fascinate anyone curious about the nexus of astronomy and history and, of course, time. Recommended."
Library Journal
“Eloquent.”
Nature

Adam Frank is Assistant Professor of Astrophysics at the University of Rochester in New York. The recipient of a prestigious Hubble Fellowship, he writes frequently for Discover, Astronomy, and Scientific American magazines. He is also a co-founder of NPR’s topranking science and culture blog, 13.7 (npr.org/13.7). 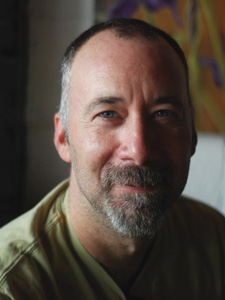