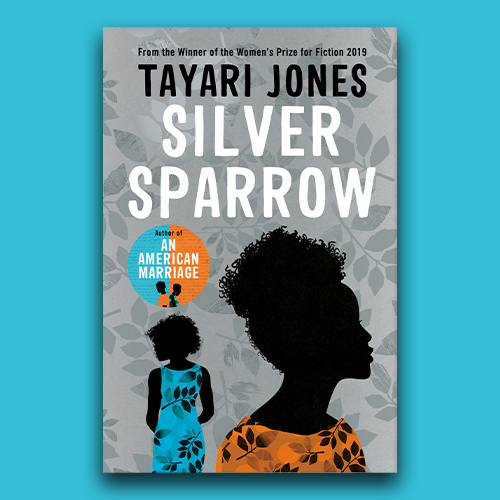 Tayari Jones, author of An American Marriage, talks all about sisters, Atlanta in the 1980’s, and her new book, Silver Sparrow.

What was your inspiration for Silver Sparrow?

I have always been intrigued by the idea of “half” sisters. I have two sisters with whom I share a father, but we each have different mothers. They were born before my father met my mother, and they grew up in another state and led completely separate lives from me and from each other. When I was a little girl, with only brothers, I used to fantasize about having two big sisters far away who would love me, dress me up, listen to me talk, et cetera. The link between my own personal obsession and this fictional story was inspired quite accidentally. While enjoying a night out with a bunch of friends, we were discussing one of the many cases you hear about—a man dies and the other grieving widow shows up with her stair-step kids. One of my girlfriends looked up from her margarita and said, “You know, he had to have some help from the inside. You cannot get local bigamy off the ground unless one of the women is willing to work with you.” It was all I could do to keep from running out of the bar to get home and start writing. The first line, “My father, James Witherspoon, is a bigamist,” jumped into my head, as clearly as though someone had spoken into my ear.

When you use the expression half sister, why do you put the word half in quotation marks?

I was giving a reading, and during the Q&A I mentioned my “half sisters.” My nephew in the audience said, “Don’t say ‘half,’ Auntie. That’s an ugly word. There are no half people.” I always thought of it as just a description, and I didn’t think it was offensive, because it’s reflexive. But it hurt him to hear me describe his mother in that way. So now I use the word very self-consciously, if at all. I should probably say “my sister with whom I share a father.” It’s a mouthful, but I would rather say that than hurt him again.

What roles do social class and privilege play in the novel?

Social class has always been an issue that interests me. I think Silver Sparrow complicates the question a little bit. Dana has many bourgeois affectations, but she and her mother are not as financially secure as Chaurisse and her mother. So much of class is about performance. Dana and her mother have upwardly mobile aspirations and do everything they can to transcend social class, but, of course, money limits their options. Chaurisse enjoys great privilege, but she doesn’t know it, and I think this is often the case. People don’t go around thinking how lucky they are that their dad claims them. She thinks of herself as just average. She has no idea that the life she enjoys is on someone else’s back. Her moral litmus test is what she will do once she discovers the truth.

How did you come to the title Silver Sparrow?

This was really an eleventh-hour title. This book went through half a dozen titles before I settled on Silver Sparrow. The reference is to the gospel classic “His Eye Is on the Sparrow.” When I was a girl, I took great comfort in the idea that God is taking care of everything and everyone, even a tiny sparrow. (This was especially important because I grew up in Atlanta during a very dangerous time.) The characters refer to the song, and it occurred to me that although Chaurisse thinks of Dana as her “silver girl,” in many ways Dana is the tiniest sparrow in the story. She is flawed, of course, and sometimes she acts out, but she is also “the least of these.”

Like your previous two books, Silver Sparrow is set in Atlanta in the 1980s. Why did you pick Atlanta for the setting, and what role does landscape play in shaping your narrative?

Sometimes I wonder if my imagination just lives in Atlanta. When the story comes to me, the characters tend to be hanging out in all my old stomping grounds. Atlanta has been such a gift to my work. The “new” and urban South is ever changing, but we still wear our history on our sleeves. This is what makes Southern literature so rich, so ultraspecific and universal at the same time.

Silver Sparrow by Tayari Jones is out in hardback on the 19th March. Find out more about the book here.