13 historical novels you must read 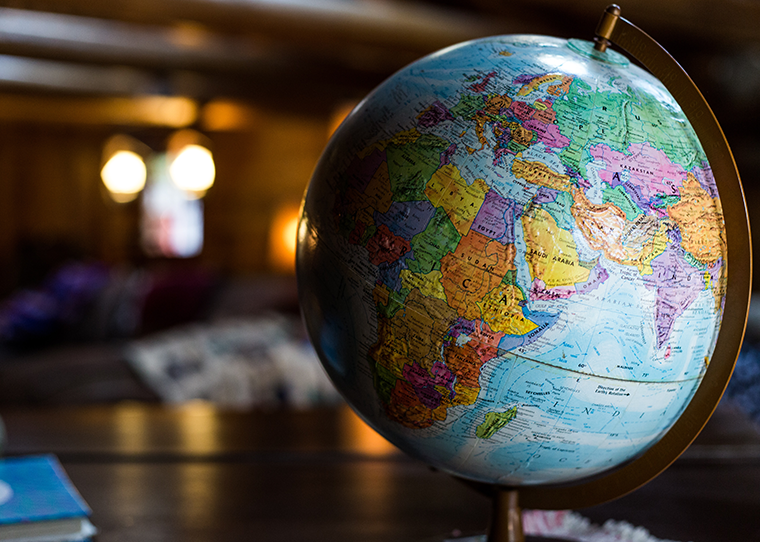 See through the eyes of brave and relatable protagonists as they navigate troubling regimes, war-torn neighbourhoods, and battle with longing and loneliness whilst forever striving for hope and love. We’ve selected thirteen of our historical fiction reads that will transport you to a time and place much different to our own.

The Orenda by Joseph Boyden

In the remote winter landscape a brutal massacre and the kidnapping of a young Iroquois girl violently re-ignites a deep rift between two tribes. The girl’s captor, Bird, is one of the Huron Nation’s great warriors and statesmen. Years have passed since the murder of his family, and yet they are never far from his mind. In the girl, Snow Falls, he recognizes the ghost of his lost daughter, but as he fights for her heart and allegiance, small battles erupt into bigger wars as both tribes face a new, more dangerous threat from afar.

Travelling with the Huron is Christophe, a charismatic missionary who has found his calling among the tribe and devotes himself to learning and understanding their customs and language. An emissary from distant lands, he brings much more than his faith to this new world, with its natural beauty and riches.

As these three souls dance with each other through intricately woven acts of duplicity, their social, political and spiritual worlds collide – and a new nation rises from a world in flux.

The Gendarme by Mark Mustian

An extraordinarily haunting novel of identity and remembrance, love and forgiveness. Emet Conn is an old man on the verge of senility, a feisty World War 1 veteran who suffered amnesia during the war. Now at the end of his life, he suddenly finds himself beset by vivid dreams of a march across a foreign land, of appalling acts of cruelty, and the anguish of a lost love. But these are no dreams and he is no prisoner. As the memories come flooding back and his grasp on the past and present begins to break down, he sets out on one final journey to find the love of his life and beg her forgiveness. With a multi-layered plot and deft characterisation, Mustian explores how love can transcend nationalities and politics, how racism creates divisions where none truly exist, and how the human spirit fights to survive even in the face of hopelessness.

What really happened to General Larionov of the Imperial Russian Army, who somehow avoided execution by the Bolsheviks? He lived out his long life in Yalta leaving behind a vast heritage of undiscovered memoirs. In modern day Russia, a young student is determined to find out the truth.

Solovyov and Larionov is a ground-breaking and gripping literary detective novel from one of Russia’s greatest contemporary writers.

How We Disappeared by Jing-Jing Lee

Singapore, 1942. As Japanese troops sweep down Malaysia and into Singapore, a village is ransacked, leaving only three survivors, one of them a tiny child.

In a neighbouring village, seventeen-year-old Wang Di is bundled into the back of a troop carrier and shipped off to a Japanese military brothel. After sixty years of silence, what she saw and experienced there still haunts her.

And in the year 2000, twelve-year-old Kevin is sitting beside his ailing grandmother when he overhears a mumbled confession. He sets out to discover the truth, wherever it might lead, setting in motion a chain of events he could never have foreseen.

Weaving together two timelines and two very big secrets, this evocative, profoundly moving and utterly dazzling debut opens a window on a little-known period of history, and heralds the arrival of a thrilling new literary star.

In the Shadow of Wolves by Alvydas Šlepikas (trans. Romas Kinka)

As the Russians advance into East Prussia, women and children are forced out of their homes to make way for the victorious troops.

Their fight for survival is only just beginning…

Facing critical food shortages and the onset of a bitterly cold winter, some of the older children, the ‘wolf children’ secretly cross the border into Lithuania, begging the local farmers for work or food they can take back to their starving families.

Cinematic and elegantly written, Alvydas Šlepikas’s debut novel, based on real-life events, is both meticulously researched and stunningly powerful. It won numerous awards on publication and took Lithuania by storm.

The Hidden by Mary Chamberlain

Dora Simon and Joe O’Cleary live in separate countries, accepting of their twilight years. But their monochrome worlds are abruptly upended by the arrival of Barbara Hummel, who is determined to identify the mysterious woman whose photograph she has found among her mother’s possessions.

Forced to confront a time they thought buried in the past, Dora and Joe’s lives unravel – and entwine. For, trapped on the Channel Islands under the German occupation in the Second World War, Dora, a Jewish refugee, had concealed her identity; while Joe, a Catholic priest, kept quite another secret…

This is a story of love and betrayal, shame and survival. But can a speck of light diffuse the darkest shadows of war?

The Illusion of Separateness by Simon Van Booy

In The Illusion of Separateness, award-winning author Simon Van Booy tells the haunting and luminous story of how one man’s act of mercy on a World War II battlefield changes the lives of six strangers across time and place. From wartime Britain and Nazi-occupied France, to modern-day Los Angeles, the characters of this gripping novel – inspired by true events – include a child on the brink of starvation, a blind museum curator looking for love, a German infantryman, and a humble caretaker at a retirement home in Santa Monica. Whether they are pursued by old age, shame, disease, or regret, these incandescent characters remain unaware of their connection until seemingly random acts of selflessness lift a veil to reveal the vital parts they play in each other’s lives.

As India is rent overnight into two nations, sectarian violence explodes on both sides of the new border, with tidal waves of refugees fleeing the blood and chaos. Fighting to board the last train to Delhi, Shankar and Keshav, six-year-old Hindu twins, lose sight of their mother and plunge into the whirling human mass to find her. A young Sikh woman, Simran Kaur, flees her father, who would rather poison his daughter than see her defiled. And Ibrahim Masud, an elderly Muslim doctor driven from the town of his birth, limps towards the new Muslim state of Pakistan.

Beneath the Darkening Sky by Majok Tulba

On the day that Obinna’s village is savagely attacked by the rebel army and his father murdered, he witnesses violence beyond his imagination. Along with his older

brother he finds himself thrown into a truck when the soldiers leave, to be shaped into an agent of horror – a child soldier. Marched through minefields and forced into battle, enduring a brutal daily existence, Obinna slowly works out which parts of himself to save and which to sacrifice in this world turned upside down.

It’s 1991 and the Gulf War is raging. Two girls, hiding in an air raid shelter, tell stories to keep the fear and the darkness at bay, and a deep friendship is born. And while the city collapses around them, the sanctions bite and friends begin to flee, life goes on. People tend their gardens, go dancing and celebrate weddings, and the girls share their dreams, desires, school routines and first loves.

In her brilliant debut novel, Shahad Al Rawi takes readers beyond the familiar images in the news to show the everyday struggle of Baghdad’s people, revealing the reality of growing up in a war-torn city that’s slowly disappearing in front of your eyes.

An internationally bestselling, acutely moving story set amidst the atrocities of the Bosnian war, Twice Born masterfully plumbs the depths of love, grief, and the all-consuming power of motherhood. Gemma hasn’t been back to Sarajevo in sixteen years. She returns to teach her son Pietro about the city of his birth and the father he never knew. But the visit brings with it impassioned memories of her love affair with Pietro’s father, their determination to have a child whatever the cost, and their deep connection to the city even as war threatened to destroy it.

For fans of Jodi Picoult, Twice Born is a tale of the acts of brutality and generosity that war can inspire, and of the bonds of family fused in times of crisis.

From the rubble-strewn streets of US-occupied Baghdad, Hadi collects body parts from the dead, which he stitches together to form a corpse.

He claims he does it to force the government to recognise the parts as real people, and give them a proper burial.

But when the corpse goes missing, a wave of eerie murders sweeps across the city, and reports stream in of a horrendous-looking, flesh-eating monster that cannot be killed. At first it’s the guilty he attacks, but soon it’s anyone who crosses his path…

Frankenstein in Baghdad brilliantly captures the horror and black humour of a city at war.

Syria – a country at war.

Amid the horror and the brutality, three people, each with different reasons for being there, find themselves increasingly at odds with the authorities.

Hammoudi – a surgeon, returning to his homeland to renew his passport.

Amal – a young actress, eager to make her name.

Youssef- an aspiring director and already marked out as an enemy of the regime.

As each of them take up a role in the resistance, they encounter the sharp edge of the authorities’ wrath. Soon they have no choice but to flee their homeland, facing untold dangers in a desperate bid to survive. City of Jasmine is an intimate and striking novel that offers real insight into the brutality of war and the humanity of many of those caught up in its horrors. An instant bestseller in Germany, it marks out Olga Grjasnowa as one of the most talented and admired young authors working there today.

More about our fiction titles can be found here.