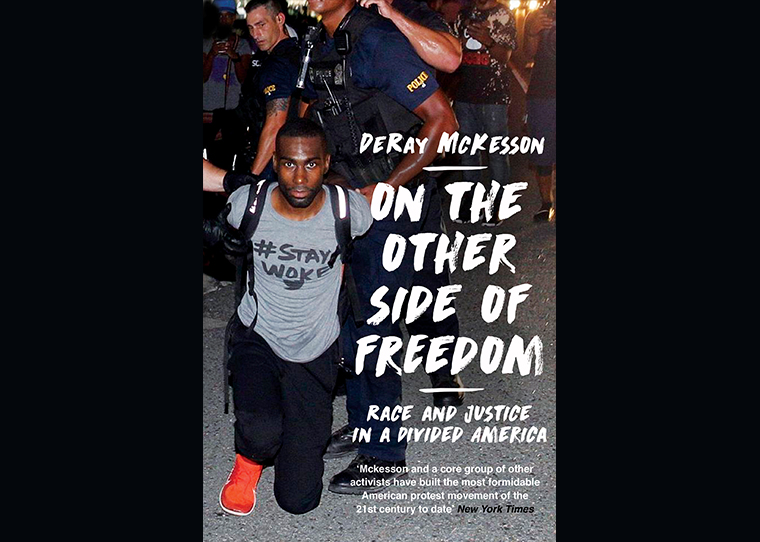 “Our work needs no more martyrs. You can fight these fights and live”

We are thrilled and honoured to be hosting Black Lives Matter activist and author DeRay Mckesson on a rare, brief trip to the UK, to discuss his book On The Other Side Of Freedom: Race And Justice In A Divided America (Oneworld), in which he lays down the intellectual, pragmatic, and political framework for a growing liberation movement.

He will be in conversation with author and co-host of Mostly Lit Podcast, Derek Owusu, whose recent anthology Safe: On Black British Men Reclaiming Space (Orion) reflects on the Black British male experience and what it really means to reclaim and hold space in the landscape of our society.

Five years ago, DeRay spent 400 days on the of Ferguson streets as an activist, helping to bring the Black Lives Matter movement into being. Even when the police introduced the ‘Five-Second Rule’ making it illegal to stand still, he and his fellow protesters refused to back down, walking day and night. DeRay has been praised by Barack Obama for his work as a community organizer, and has advised officials at all levels of US government and internationally. (He is also one of the ten people that Beyoncé follows on Twitter).

Honouring the voices of a new generation of activists, Deray and Derek will discusshow issues of race pertain to citizens either side of the Altantinc, and how we can all take responsibility for imagining, and then building the world we want to live in.