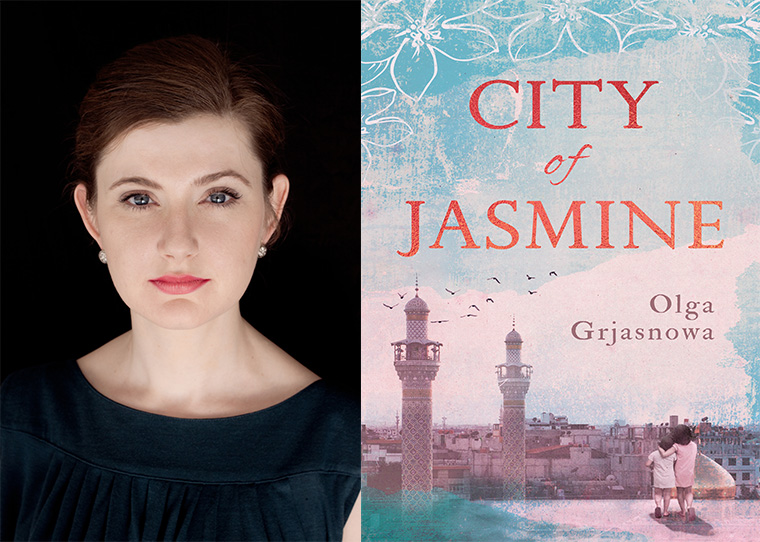 One of the most talented young writers in Germany today, Olga Grjasnowa, discusses her novel City of Jasmine (Gott ist nicht shüchtern) about three young Syrian protesters caught up in the growing violence in Damascus and forced to flee to Europe. She will be joined by Katy Derbyshire and author Malu Halasa (Syria Speaks, The Secret Life of Syrian Lingerie, Mother of all Pigs). Central to the discussion will be the development in the novel, but also topics like flight, migration and the war in Syria. Chaired by Charlotte Ryland, editor of New Books in German.

Olga Grjasnowa, who lives in Berlin, is a graduate of the German Institute for Literature and Creative Writing in Leipzig. Her debut novel Der Russe ist einer, der Birken liebt (All Russians Love Birch Trees) was awarded the Klaus-Michael Kühne Prize and the Anna Seghers Prize and translated into 14 languages.

City of Jasmine is Olga Grjasnowa’s third novel. It takes place in Syria of 2011: A country on the brink of war. Three young Syrians, from different backgrounds, find themselves increasingly at odds with the authorities. As each of them encounters the sharp edge of the authority’s wrath, they soon have no choice but to flee their homeland for Europe, facing terrible dangers to survive. However, they soon discover that even in their new life in Germany, their struggle is far from over. Drawing on first-hand accounts of refugees, City of Jasmine is an intimate and striking novel that offers real insight into the horrors and inhumanity of war.

The Goethe-Institut London is delighted to facilitate the event and the participation of the speakers.