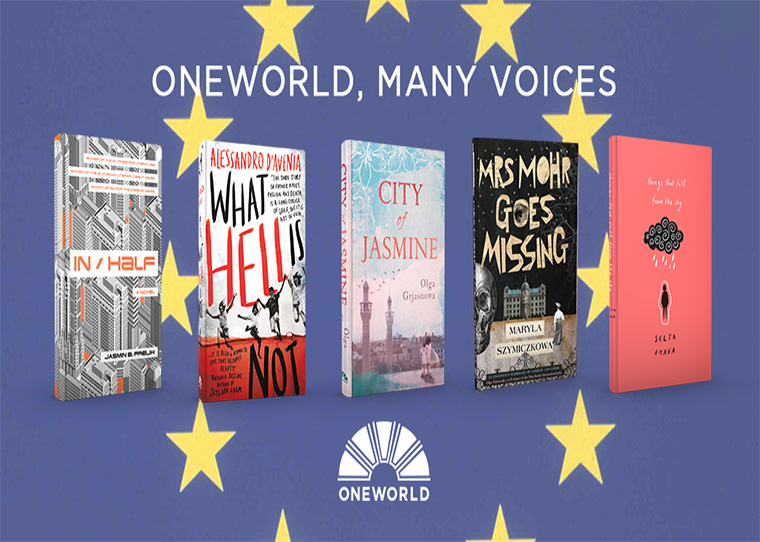 Three authors from mainland Europe, Alessandro D’Avenia, Olga Grjasnowa and Selja Ahava talk about their work and give readings in both English and their mother tongues. All three of their latest novels explore the fall-out from big events.

This session lasts 90 minutes and is followed by a second Voices in Europe event. Tickets for the individual event are priced £7- £12.50. A combined ticket for both events is £8-£15. Please select the relevant ticket when booking. Light refreshments are on sale between the events.

D’Avenia teaches at a Milan high school. His first novel White as Milk, Red as Blood was translated into 22 languages and turned into a film. His first two novels together spent three years in the Italian top ten fiction list and sold more than a million copies. His latest is What Hell is Not, a story of deprivation and resilience set in Mafia-run Palermo.

Grjasnowa was born in Azerbaijan and now lives in Berlin. Her debut novel Der Russe ist einer, der Birken liebt (All Russians Love Birch Trees) was awarded the Klaus-Michael Kühne Prize and the Anna Seghers Prize. Her latest, God Is Not Shy, is her third novel.

Ahava, from Finland, won the Laura Hirvisaari Prize for her debut novel, The Day the Whale Swam through London. Her latest work, Things that Fall from the Sky, won the EU Prize for Literature and was nominated for the Finlandia Prize and the Tulenkantajat Prize.

The session is chaired by writer and critic Boyd Tonkin, who writes on arts and books for the Financial Times, the Economist and Spectator, and is special adviser to the Man Booker International Prize (which he chaired in 2016).

Supported by Creative Europe, the European Commission’s framework programme for support to the culture and audiovisual sectors.