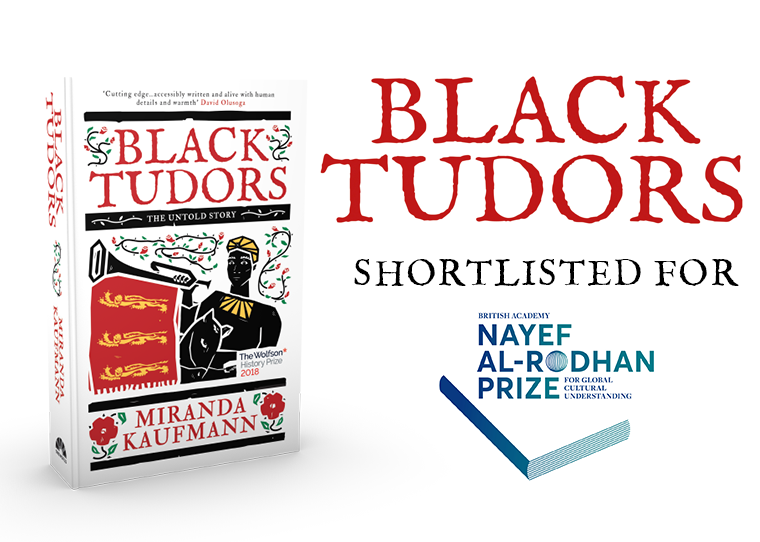 Today (11th September) the British Academy announced their shortlist for the Nayef Al-Rodhan Prize for global cultural understanding, which includes our own Black Tudors by Miranda Kaufmann. The prize rewards and celebrates the best works of non-fiction that have contributed to global cultural understanding. The winner will be announced at an evening ceremony held at the British Academy on Tuesday 30 October.

The six books that make up the 2018 shortlist are:

Find out more about the Nayef Al-Rodhan Prize here.