Black Tudors and The Parentations longlisted for the HWA Crowns 2018 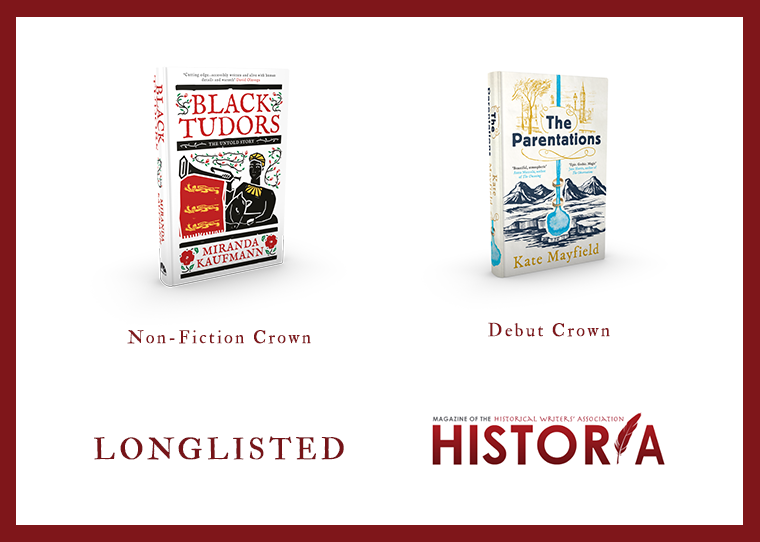 Two Oneworld books have been longlisted for the Historia Magazine Crown Awards; Black Tudors by Miranda Kaufmann for the Non-Fiction Crown, and The Parentations by Kate Mayfield for the Debut Crown. Read the full lists below:

The Parentations by Kate Mayfield

The Optickal Illusion by Rachel Halliburton

The Sealwoman’s Gift by Sally Magnusson

The Wicked Cometh by Laura Carlin

The Mermaid and Mrs Hancock by Imogen Hermes Gowar

The Magician’s Lie by Greer Macallister

The Woolgrower’s Companion by Joy Rhoades

The Seven Deaths of Evelyn Hardcastle by Stuart Turton

Houses of Power by Simon Thurley

Six Minutes in May: How Churchill Unexpectedly Became Prime Minister by Nicholas Shakespeare

Napoleon: The Spirit of the Age by Michael Broers

The Fear and the Freedom: How the Second World War Changed Us by Keith Lowe

The Women Who Flew for Hitler: A True Story of Soaring Ambition And Searing Rivalry by Clare Mulley

The Debatable Land: The Lost World Between Scotland and England by Graham Robb

A History of Rome in Seven Sackings by Matthew Kneale

Pie and Mash Down the Roman Road by Melanie McGrath

Hearts And Minds: The Untold Story of the Great Pilgrimage and How Women Won the Vote by Jane Robinson

Read more about the Historical Writers’ Association and Historia here.