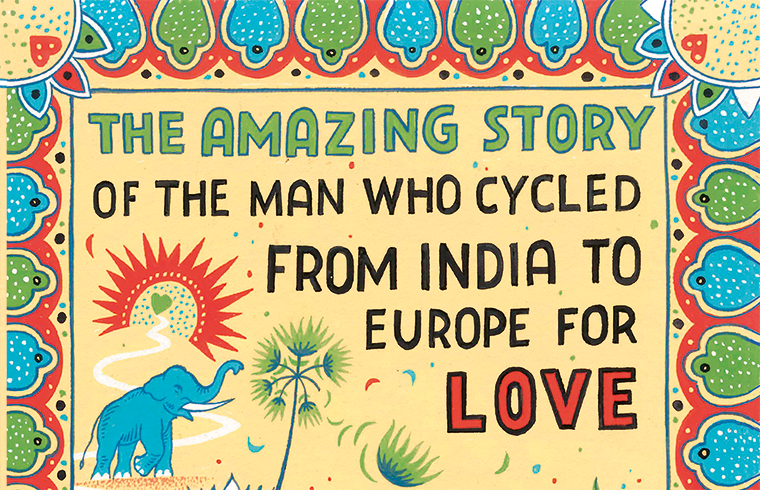 Ever since the day I was born, in a village in the Indian jungle, my life course has been steered by a prophecy.

It was winter and almost time for the New Year celebrations, which remained a tradition, even though the British who had introduced them to our country had left two years earlier. It rarely rained in December, but that year the north-eastern monsoon lingered on the Orissa coast. Eventually the rain subsided, but the forested slopes on either side of the river remained hidden in the dark clouds that doused the landscape in twilight, even though it was morning.

Suddenly, the sun cut through the darkness. And there I was, laid in a basket inside one of the village huts, destined to be the protagonist of our story although I did not yet have a name. My family gathered around, marvelling at me, fresh to the world. The village astrologer was also present, proclaiming that I had been born under the sign of Capricorn, on the very same day as the Christian prophet.

‘Look!’ cried one of my brothers.

‘There, above the baby!’

Everyone looked up and saw a rainbow that had formed in the beam of light that fell through the little window.

The astrologer knew what it meant.
‘He will work with colour when he grows up.’

It did not take long for the rumours to spread around the village. A rainbow child, said one. A great soul, a Mahatma, is born, said another.

When I was only one week old a cobra strayed into the hut where I was sleeping, oblivious to the impending danger. It rose above my cot and flared its muscly hood. My mother saw it and assumed it had already bitten me. She ran to me just as the snake slithered away outside. But I was fine. Indeed, I was lying there quietly, my dark eyes gazing out into the void. A miracle!

The village snake charmer told my parents that the cobra had extended its hood to protect me from raindrops dripping through the ceiling directly above my cot. The rain had been hammering at our roof for the past few days and it was now leaking. Cobras are considered holy and this was a sign from the divine. The astrologer nodded as the snake charmer spoke.

Yes, indeed. I was no ordinary baby.

The astrologer returned to tell my fortune. He took a sharpened stick and scratched my future on a palm leaf. ‘He will marry a girl from far, far away, from outside the village, the district, the province, the state and even the country,’ it began.‘You needn’t go looking for her, she will come to you,’ he whispered to me alone, looking straight into my eyes.

At first, my father could not make out the rest of the words. The astrologer held an oil lamp underneath a candlestick
smeared with butter and let the soot that formed fall into the grooves scratched in the porous leaf. The text appeared before my parents’ eyes. He did not need to read it out loud, my father could see the curly Oriya script for himself and read it to my mother: ‘His future wife will be musical, own a jungle and be born under the sign of Taurus.’

I have lived with the prophecy on the palm leaf and the stories of the rainbow and the cobra ever since I learned to understand what the adults were saying. Everyone was sure my future had been set.

I was not the only one to have my future told. The fates of all children are written in the stars the moment they are born. That is what my parents believed, and so did I, growing up.

And in some ways, I still do.