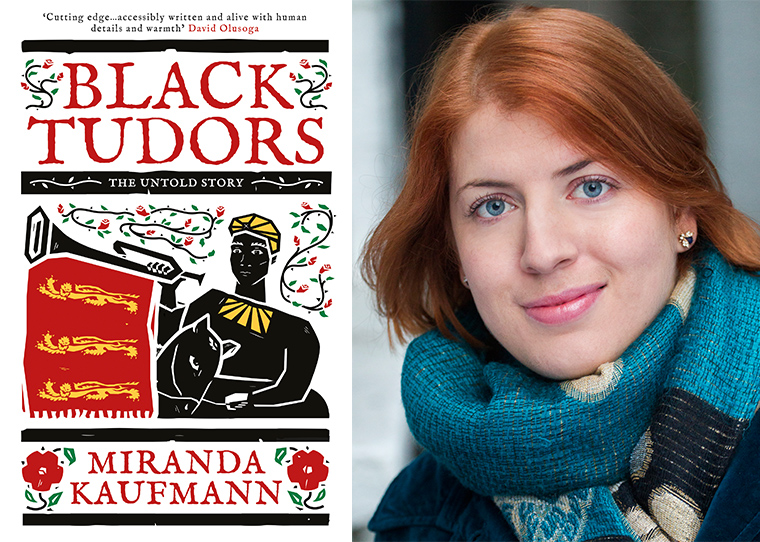 Historian Dr. Miranda Kaufmann tells the intriguing tales of three Africans living in Tudor England – a diver employed by Henry VIII to recover guns from the wreck of the Mary Rose, a Moroccan woman baptized in Elizabethan London and a porter who whipped a fellow servant at their master’s Gloucestershire manor house. Their stories shed light on key questions: how did they come to England? What were their lives like? How were they treated by the church and the law? Most importantly: were they free?

Dr. Miranda Kaufmann is a Senior Research Fellow at the Institute of Commonwealth Studies, part of the School of Advanced Study, University of London. She read History at Christ Church, Oxford, where she completed her doctoral thesis on ‘Africans in Britain, 1500-1640’ in 2011. As a freelance historian and journalist, she has worked for The Sunday Times, the BBC, the National Trust, English Heritage, the Oxford Companion series, Quercus publishing and the Rugby Football Foundation. She is a popular speaker at conferences, seminars and schools from Hull to Jamaica and has published articles in academic journals and elsewhere (including the Times Literary Supplement, The Times, The Guardian, History Today, BBC History Magazine and Periscope Post). She enjoys engaging in debate at the intersection of past and present and has been interviewed by Sky News and the Observer.

Highlights of her career to date include establishing the “What’s Happening in Black British History?” series of workshops at the Institute of Commonwealth Studies with Michael Ohajuru, the Influential Black Londoners exhibition at the National Trust’s Sutton House in Hackney, and an entry for John Blanke (fl.1507-1512) in the Oxford Dictionary of National Biography. Her first book, Black Tudors: The Untold Story, was published by Oneworld in October 2017.