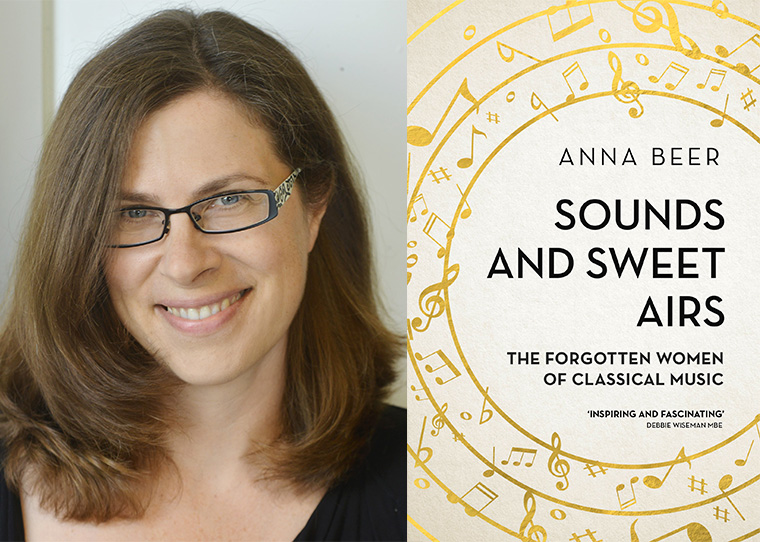 Immerse yourself in some delicious (and deliciously witty) music and discover just how important dangerously seductive women have been to the history of opera. Prize-winning soprano Alice Privett (accompanied by Julian Perkins on the harpsichord) will take you on a journey from opera’s earliest days through to the eighteenth century, performing well-loved arias from Monteverdi to Handel, but…expect some surprises along the way! Do you know Francesca Caccini’s ravishing version of Alcina or Barbara Strozzi’s groundbreaking musical evocations of desire? Caccini flourished in the vicious world of Medici Florence, whilst Strozzi – a Venetian courtesan – made La Serenissima’s very special sexual, political and musical culture work for her. These composers’ lives show that resourceful, creative – and sometimes dangerous – women were not only to be found on stage, and Anna Beer, the author of Sounds and Sweet Airs: the Forgotten Women of Classical Music, will be on hand to share their fascinating stories and introduce their gorgeous music.

Join us for a quite ravishing mix of words and music.

Described as ‘exuberantly stylish’ by the Sunday Times, Julian Perkins is Artistic Director of Cambridge Handel Opera and Founder Director of Sounds Baroque.

Anna Beer is a cultural historian and writer as well as Visiting Fellow at the University of Oxford. She has recently published a long over-due book: “Sounds & Sweet Airs” celebrating the musical legacy and hidden histories of eight remarkable women composers. From 17th century Florence to 20th century London, they created their music in public and private; in the Courts of the Medici’s and Louis XIV; they wrote what they could, when they could, whether it was for the glory of God, their patrons or family.