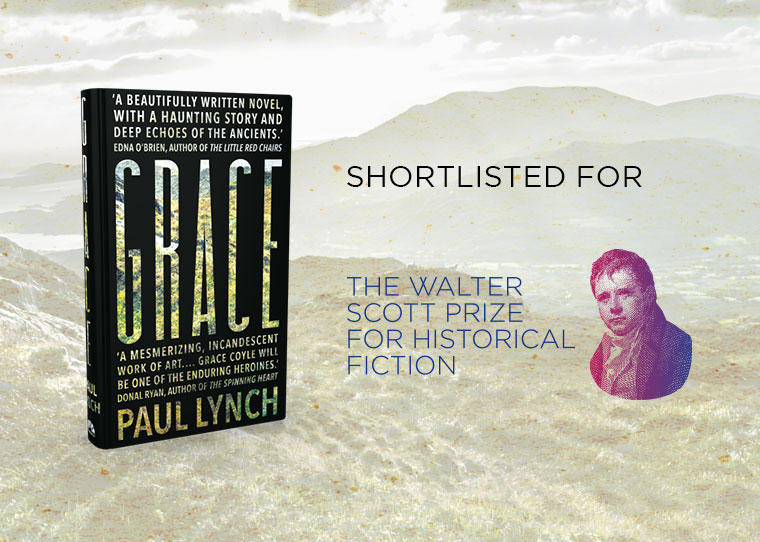 Grace by Paul Lynch is one of six titles on the shortlist for the Walter Scott Prize for Historical Fiction 2018.

The complete shortlist reads as follows:

The Wardrobe Mistress by Patrick McGrath

The Gallows Pole by Benjamin Myers

The judging panel said of Grace:

“Paul Lynch’s novel Grace is a work of great lyricism. Its beautiful prose is put to devastating effect in his vivid story of the Irish potato famine which killed at least a million people. From the opening page we travel with fourteen year old Grace as she is sent out from Donegal, seemingly banished by her mother, but actually in a desperate attempt to save her life. We never leave her side as starving Grace navigates her way south, encountering myriad dangers on the desolate roads. Lynch’s narrative gripped us from the start and never let us go. It haunted the judges long after the final line. “

The winner will be announced at the Baillie Gifford Borders Book Festival, Melrose on the 16th June.

More about the prize can be found here.