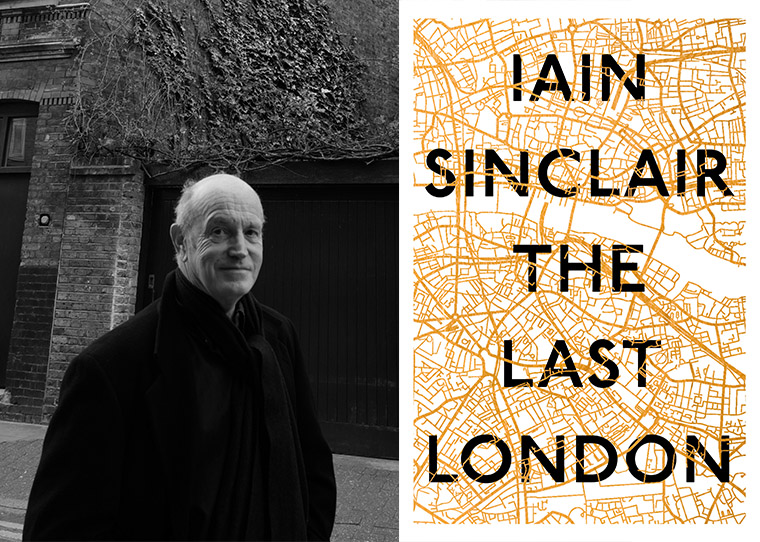 Author Iain Sinclair has been documenting the peculiar magic of the river-city that obsesses him for most of his adult life. In recent times, he has published
Hackney, That Rose-Red Empire ( 2009), Ghostmilk (2011) and American Smoke (2013). Sinclair’s account of a one-day walk around the orbital railway – London Overground – was published in June 2015. In The Last London, his latest book, he strikes out on a series of solitary walks and collaborative expeditions to make a final reckoning with a capital stretched beyond recognition. Where now are the myths, the ultimate fictions of a many times revised city?’