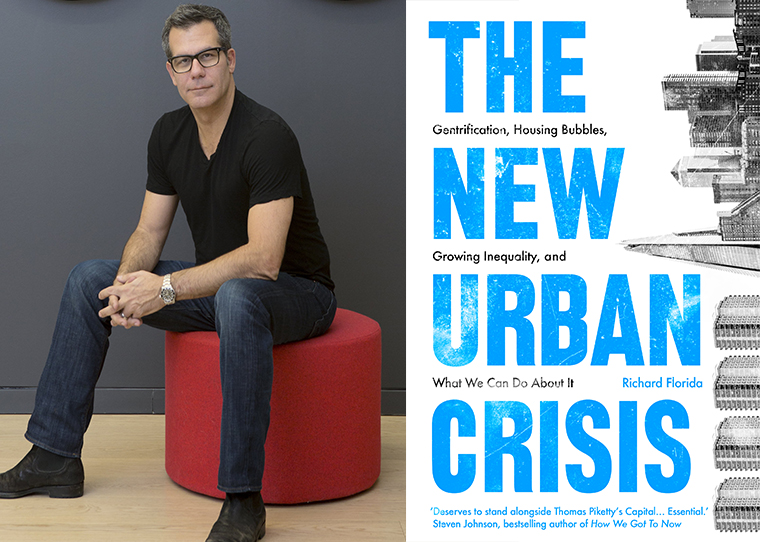 In recent years, the young, educated, and affluent have surged back into cities, reversing decades of suburban flight and urban decline. And yet all is not well. In his latest book, The New Urban Crisis, which he will discuss in this talk, Richard Florida demonstrates how the same forces that power the growth of the world’s superstar cities also generate their vexing challenges: gentrification, unaffordability, segregation, and inequality.

Richard Florida (@Richard_Florida) is Director, Martin Prosperity Institute and Professor of Business and Creativity, Rotman School of Management, University of Toronto, and author of The New Urban Crisis.

Ricky Burdett (@BURDETTR) is Professor of Urban Studies at the LSE and Director of LSE Cities and the Urban Age Programme. He was curator of the Conflicts of an Urban Age exhibition at the 2016 International Architecture Biennale in Venice and contributed to the United Nations Habitat III conference on sustainable urbanisation in Quito. He was a member of the UK Government’s Independent Airports Commission from 2012 to 2015 and is involved in regeneration projects across Europe and the USA.

LSE Cities (@LSECities) is an international centre at the London School of Economics and Political Science that carries out research, education and outreach activities in London and abroad. Its mission is to study how people and cities interact in a rapidly urbanising world, focussing on how the design of cities impacts on society, culture and the environment.

Centre for London (@centreforlondon) is the capital’s dedicated think tank. Politically independent and a charity, we help national and London policymakers think beyond the next election and plan for the future. Through research, analysis and events we generate bold and creative solutions that improve the city we share.

This event is supported by British Land and UNCLE.